ORION - BUILDERS OF COSMOS is coming! 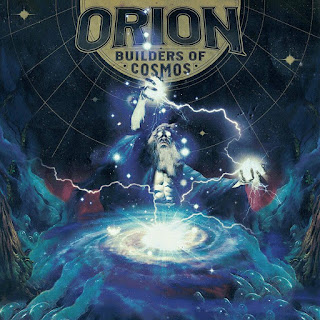 On March we will release, together with Taxi Driver Records and Sailors Overdrive Records, the first album by Orion, Builders of Cosmos!


The band was formed in 2014 by members of different bands such as Woodwall, Mexican Mud and Army of Angry Youth. Some months later, Richard (former Mexican Mud bass player) was invited to join the band on guitar. After a while they decided to finally fix the lineup by moving Matteo (vocals) also to lead guitar and replacing the first bass player with Richard. Each member has contributed into putting their musical experience into the songs: their inspirations come from different kinds of genres, mixing Black Sabbath, bits of metal here and there, grunge (especially for the vocal lines) and of course classic stoner rock.
Orion are: Pietro (drums), Richard (vocals, bass), Andrea (guitar) and Matteo (vocals, guitar).

And now, enjoy the album trailer!

Posted by Acid Cosmonaut Records at 6:56 AM