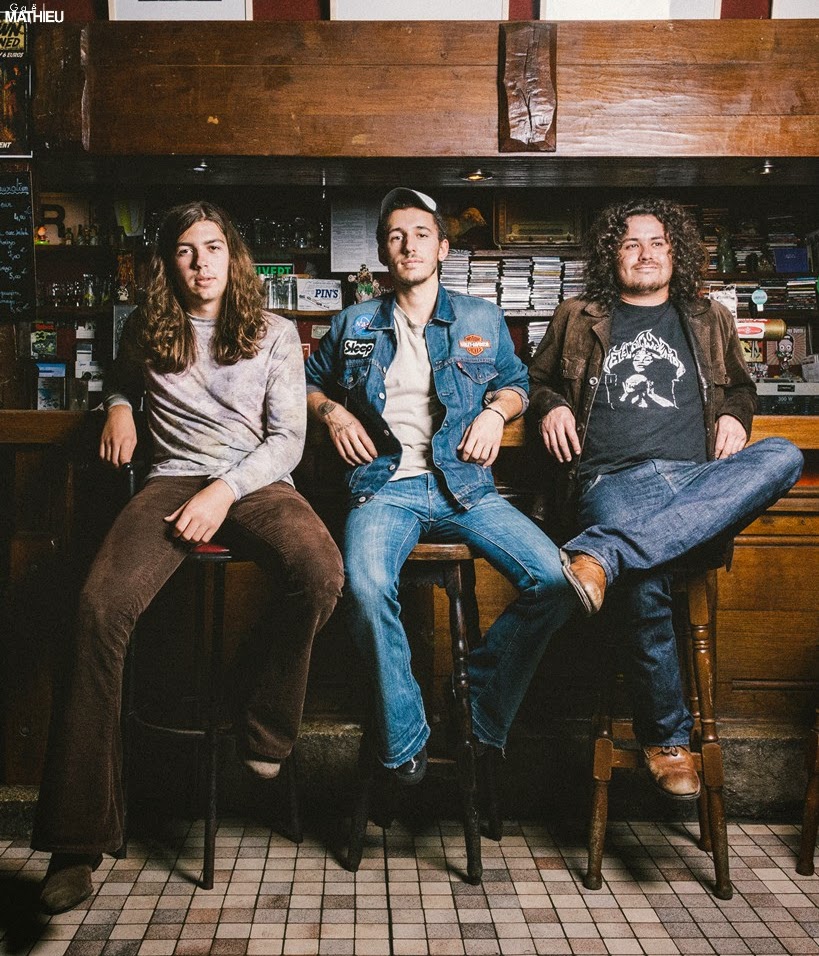 Stream now the first track of the album, Living in the Outer Space!

Brain Pyramid was formed in November 2012, in Rennes (Brittany—France). This is the initiative of the actual lead guitarist Gaston Lainé and the drummer Baptiste Gautier-Lorenzo.

Influenced by the sweet old rock n roll (Led Zeppelin, Hendrix, Sabbath, Motörhead, Blue Cheer, etc.), but also by stoner rock and actual psychedelic scene (Kyuss, Sleep, Nebula, Earthless, Orange Goblin, etc.) they decided to create a band to play like these masters.
After the release of their first EP Magic Carpet Ride, the former bassman left his place to Ronan Grall, spiritual Guru from the French Doom band Huata. Then they toured in Spain, Portugal, France, having some great gigs with bands like Blues Pills, The Atomic Bitchwax, Prisma Circus, Cuzo, Fungus...
Brain Pyramid is a Heavy Bluesy Stoner Psychedelic Rock And Roll band. They play loud enough to make you feel like blown by a LSD dose. They are actually searching for lots of gigs to expend their experience and grow up to the sun.
Chasma Hideout will be released this October. Stay tuned on our pages for updates!

Posted by Acid Cosmonaut Records at 9:11 AM