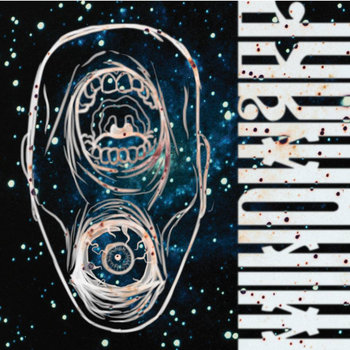 Cosmonauts! Mindwarp' selftitled debut EP is finally out! As usual, is available for full streaming and download (Name Your Price!) on our Bandcamp Page! Physical copies can be purchased at our Bigcartel!

"I'm a real sucker for short 'n spacey desert gems and this little EP is definitely one of them. It won't break any records but it is a warm and honest instrumental offering to massage your ears and mind. For fans of small and hidden sonic treasures around here in the likes of Brujas del Sol and Atomic Vulture."
Stonerobixxx

"Information is scant on this band and so to bring you any background is slightly difficult. That may actually be a good thing though as the music we have on offer here is alien and strange and sounds like it has come from another time. The 1970's to be precise and that is not a bad thing at all. This is a prime slice of psych rock that has more than enough eclecticism about it to avoid being derivative. It's also a mighty fine blast and one that should reverberate around your ears as it pummels through your speakers."
Echoes and Dust

"Filled with whiffs of older sounds and fuzz, Mindwarp keep it pretty fat-free while bringing in some bluesy stoner and desert vibes, and an occasional bit o’ funky in the bottom end that add some nutrition. Though more inclined to slowly burning one over the rubber, Mindwarp still manage to get off the couch."
Sunrise Ocean Bender

"Italy appears to be a breeding ground for psychedelic stoner bands. Instrumental psychonauts Mindwarp step up to the plate next to fellow countrymen Doctor Cyclops, Manthra Dei and Black Rainbows with their debut self-titled EP. With four tracks to convince you of their musical prowess, Mindwarp go for an all enveloping sound spectrum, from ambient and smooth to fingerlicking good riffing."
The Thundering Giant

Posted by Acid Cosmonaut Records at 3:55 AM