Dust Storm Warning is Out! 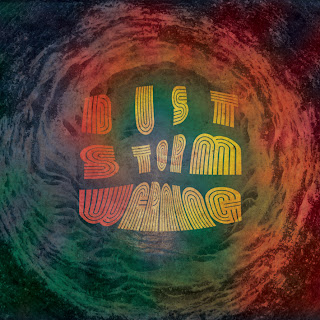 Hereʼs a short description of the album track by track made by the band itself.

- Outrun: The first song we made as DSW. Raw and simple desert rock vibes.
- Space Cubeship: Hypnotic riffs and alienating lyrics... what else?


- 666.1.333: Fuzzy and fat, this is the last song we composed for the album. While in the mixing phase our sound engineer's computer showed the value "666.1.333" apparently for no reason... the we decided to use that number as a name for the track.

- Dune: Since long psychedelic jams are a very important part of our way of doing music, we recorded two of them while in the album recording session. This is the first one.

- Lonely Coyote: This song, together with Trippin' the drill, Space cubeship and Requiem, first appeared on our first EP "Dawn Storm Watchers". The song has evolved since then and the new vocals are more powerful and atmospheric.

- Sherpa: Our second psychedelic jam. Try to imagine wide open Nepal's landscapes and just a man walking in the distance...

- Monkey Woman: Born from an idea of our first vocalist idea (Mattia Marchello), this song is one of the early songs we wrote as DSW

- Trippin' the drill: We just wanted to make it sound like a mountain moving slowly but unstoppable...

- Rise: It has been a challenge to build up this song but it was worth it. Originally Rise should have been the conclusive act of a conceptual trilogy together with requiem and lonely coyote.

- Requiem: This song also appeared on our first Ep but, we decided to make it appear anyway on the album, since the song matured a lot since then. Dark, sad and yet angry.

Posted by Acid Cosmonaut Records at 7:39 AM